I received a call from Visionmill in mid-November 2012 about a job to create a video wall out of mobile phones for Mobile World Congress 2013 in Barcelona.  This work was officially confirmed as a World Record by Guiness in March 2013. 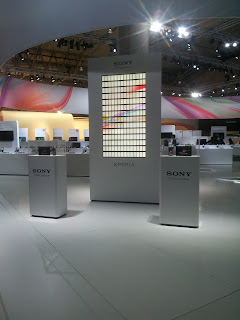 I cannot go into the details of how we did it, but we did.  We made a 14x14 grid of 196 Sony Xperia mobile 'phones play their part of a video mosaic in razor sharp synchronisation with each other.  We installed the phones on the wall over a few days before MWC and got it running correctly on Saturday 23rd.  Mobile world congress ran from 25th to 28th February.  During this time the wall was continuously running and although we stopped the video looping over night everything else was left on.  By the time we started dismantling the wall for the load-out it had been continuously running for six days.


All in all a testimony to the quality of the Sony Xperia ZL phones, the creativity of Jack Morton and the technical excellence of Visionmill. 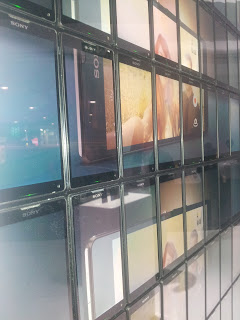 We manned the installation during the show to see the public's reaction first hand.  A few thought it was an ordinary screen with a grid painted on, most said "Wow!" and all were really impressed by the installation.  A Japanese blogger mentioned the wall and included a photo of me - big in Japan!!

The wall was even used as the backdrop for a number of TV recordings and made an appearance in the conference's daily magazine. 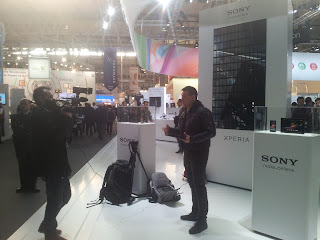 Bloggers on the stand
Tom Randall
Gadgetboy (with me in the background!)
Sam Pullen interviewing me

And some other links:
Report from Dizayndeposu from Turkey
Email ThisBlogThis!Share to TwitterShare to FacebookShare to Pinterest